Be. client Maziar Kouhyar has signed a one-year contract with Hereford FC – cementing his return to football and significantly boosting the number of British Asians playing professional football.

Having come through the youth ranks at EFL club Walsall, Maziar was released in April 2020 following a couple of knee injuries at the start of the Covid-19 pandemic.

After struggling to find a club, he took jobs at KFC and then as a car salesman, fearing his dream of playing pro football was over.

However, last autumn he began working with athlete life management company Be. who secured him a trial with Hereford.

There he impressed manager Josh Gowling, and in just his second appearance Maziar made his Wembley debut in May’s FA Trophy Final, before he was recalled to the Afghanistan squad for their June World Cup Qualifiers.

Hereford head coach has claimed “Maz is a fantastic character with bags of talent, when you first meet him you find it hard not to like him straight away. His talent on the football pitch speaks for itself and understanding his previous experiences in the game I felt it was my responsibility to give him a second chance. The Asian community is drastically unrepresented in football and my hopes is that maz is one of the players that young Asian men and women aspire to be like.”

Following a strong 2021/22 pre-season campaign, Maziar has signed with both Hereford and Be., which aims to improve the under-representation of British Asian footballers.

As one of a handful of British Asians playing professionally, Maz’s return to the game has boosted that number by around 10%, and he has set his sights on a return to the Football League.

After signing his 1-year deal Kouhyar went on to say “I’m happy to sign for such a big club and I am raring to go and make up for lost time, I have great ambitions for this club and a big thanks to BE for making it all possible” 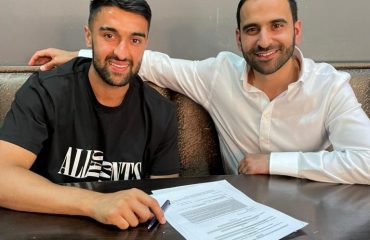 Kouhyar signs deal with Be. 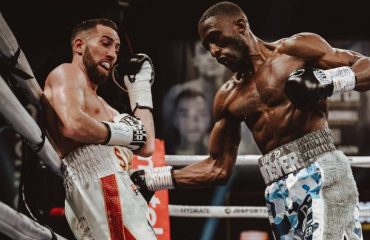